There are a number of YouTube channels that focus on young children as their audience. While most of these channels have education as their prime focus, some of them also aim at entertaining children in a way that enhances their creativity.

In this article we’ll be looking at the Top 10 Most Popular YouTube Channels for Kids with details about the kind of content they show.

Now without further ado, let’s start listing down these channels: 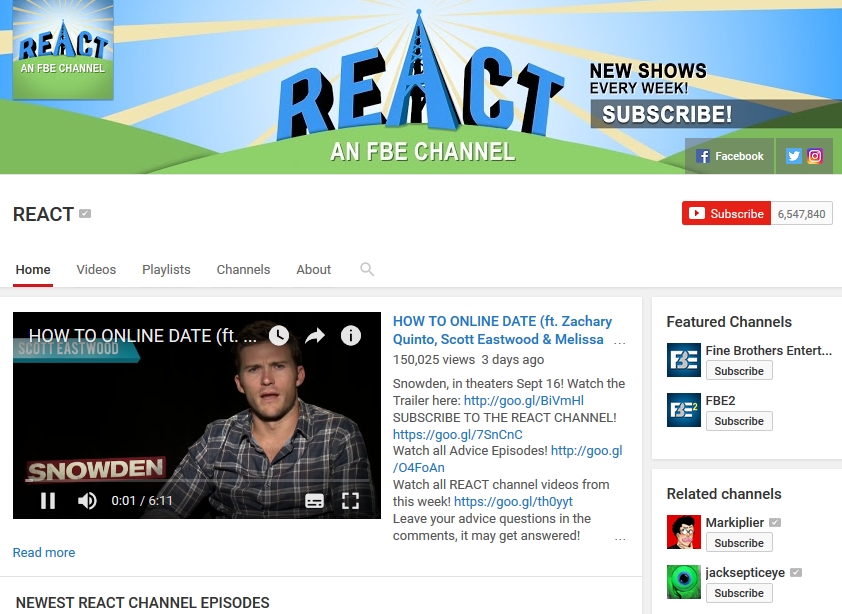 REACT uploads videos that cover many different topics such as food, music, games and art and is run as a media franchise by Fine Brother’s entertainment.

The reason why REACT makes it as No 1 on our list is because it has a staggering subscription count of more than 6 million as well as over a billion views. 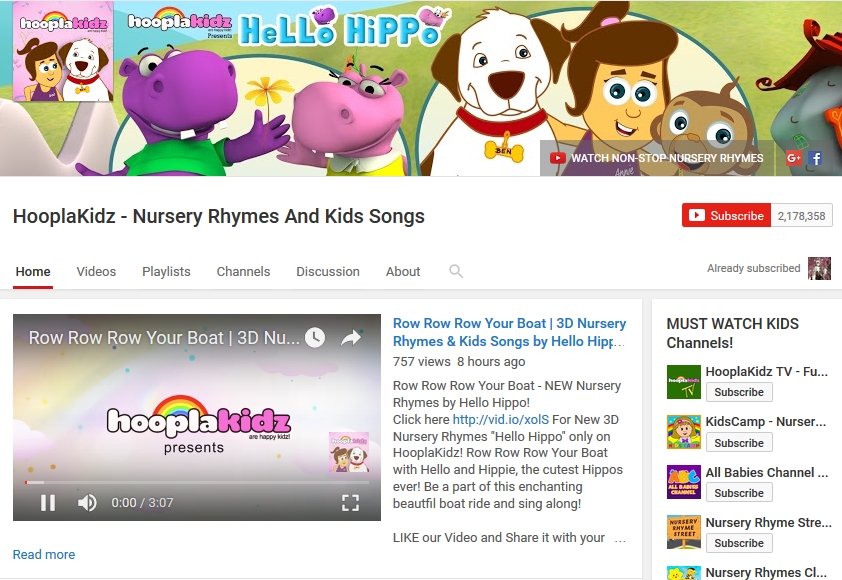 HooplaKidz has over 2 million subscriptions and views that number in billions, making it one of the best YouTube kids’ channels.

HooplaKidz makes use of educational themes such as numbers, alphabets and rhymes and turns them into funny songs that are both engaging as well as educational.

They also make use of 3D animated characters such as the very popular ‘Hippo’ to act as a mascot that helps kids learn. 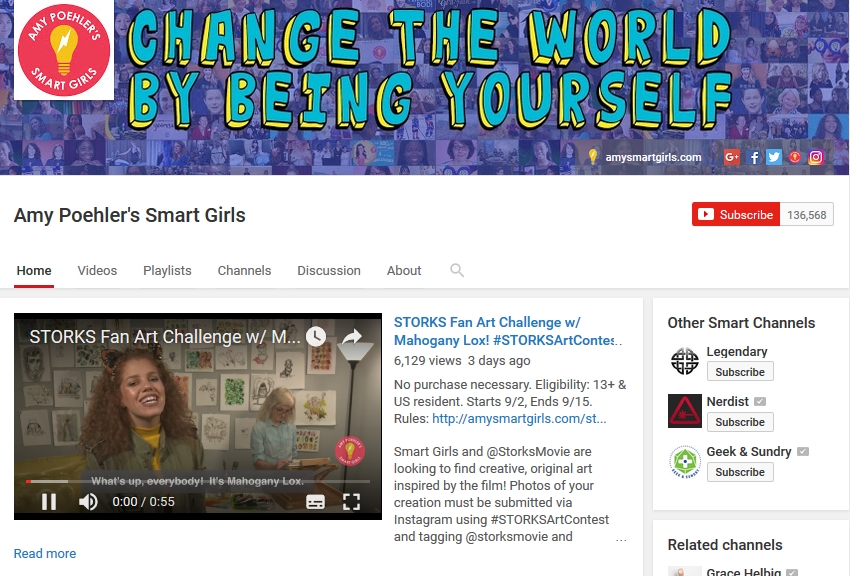 SmartGirls is owned and run by the popular actress Amy Poehler and uploads videos that are both entertaining as well as informative.

Amy makes an effort to instill a sense of positivity in the way children see the world and their education. Some of the topics covered by SmartGirls cover areas such as self-motivation, arts and crafts as well as routine matters.

Smart Girls has over a million views and is gaining many followers currently. 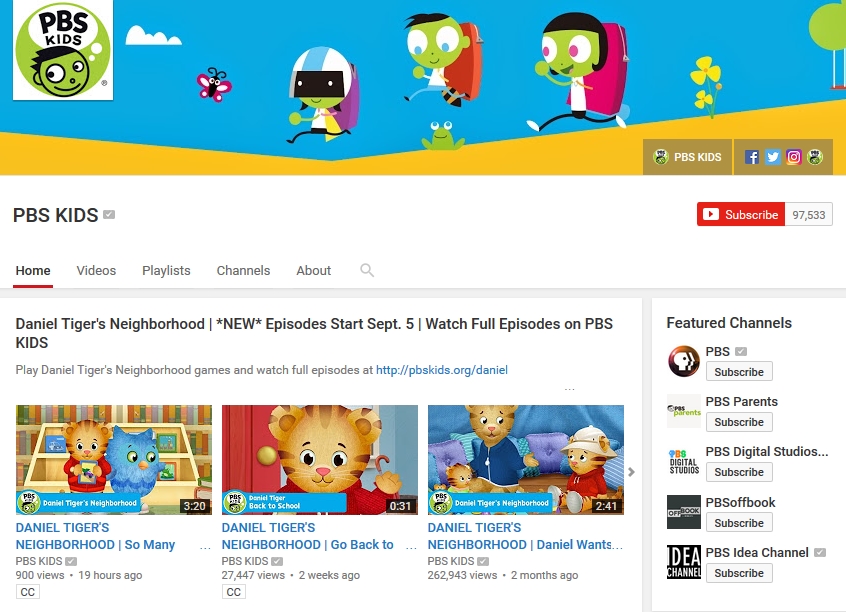 PBS Kids focuses on encouraging their audience to be more aware of the natural world and the living things in their environment.

Most videos uploaded by PBS Kids target pre-teens as their primary audience and cover subjects such as science and geography in a manner that the videos are both entertaining as well as educational. 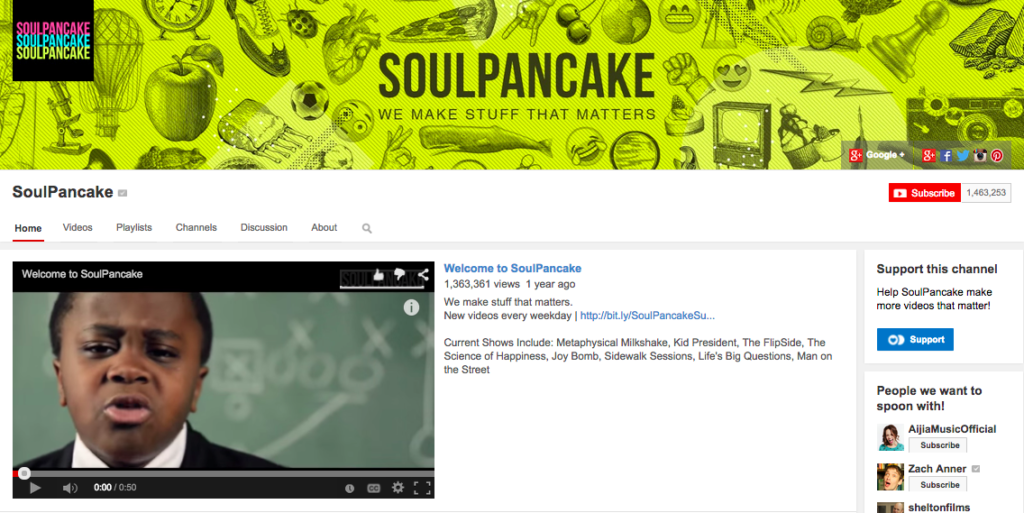 SoulPancake is a YouTube channel that’s pretty much for everyone. With over 1 million subscriptions and more than 200 million views in total.

The videos uploaded by SoulPancake have themes that cover everyday matters, interviews and have good comedy that both children and even some adults can enjoy. This channel is all about entertainment and making you laugh, think and cry. You will also find popular series such as ‘My Last Days’ and ‘Kid President’ on SoulPancake. 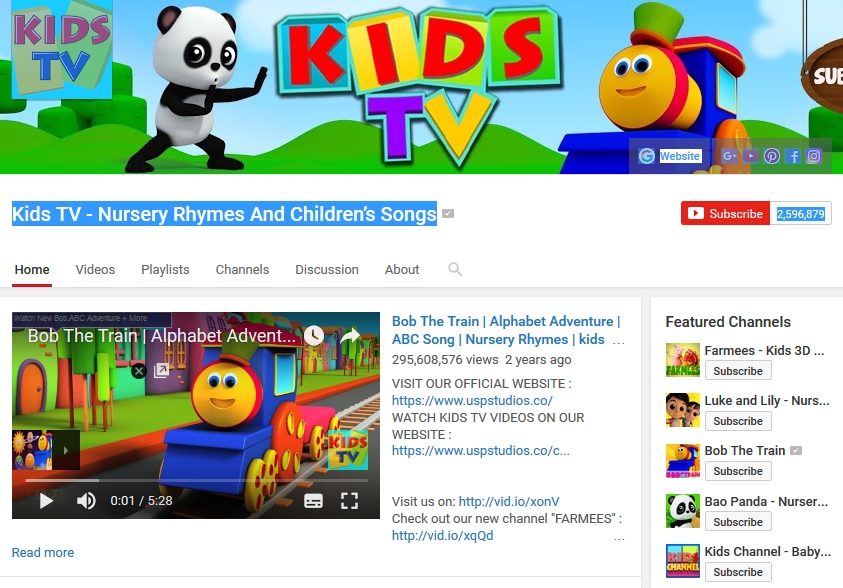 As the name might suggest, most of the videos uploaded by Kids Channel focus on the pre-education period of young children.

Kids Channel is a one-stop solution for parents who’re looking for a way to acquaint their child with the concept of alphabets, numbers and colors before he/she goes to school.

Naturally, all these videos are colorful and engaging so that children have no difficulty in understanding them.

Geek Gurl Diaries is a channel that caters to an audience that are nearing or are already in their adolescent years and is run by Carrie Anne, who herself is a college student.

Most of the videos posted by Geek Gurl Diaries focus on areas such as science, programing and electronics. Carrie herself is personally interested in these areas and she wants to encourage teens and kids with similar interests to explore them with her. 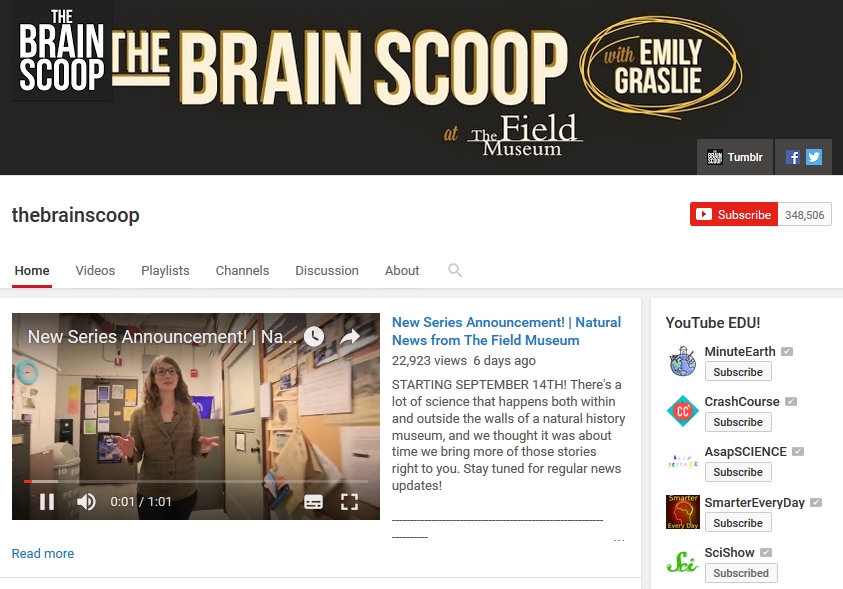 The Brain Scoop is run by the Chief Curiosity Correspondent of Chicago Field Museum and has a total of over 20 million views and 300 thousand subscriptions on YouTube.

Most of their videos share a theme that focuses on the environment and cover topics such as various species of animals, various technologies and places worldwide in a way that kids can understand and appreciate. 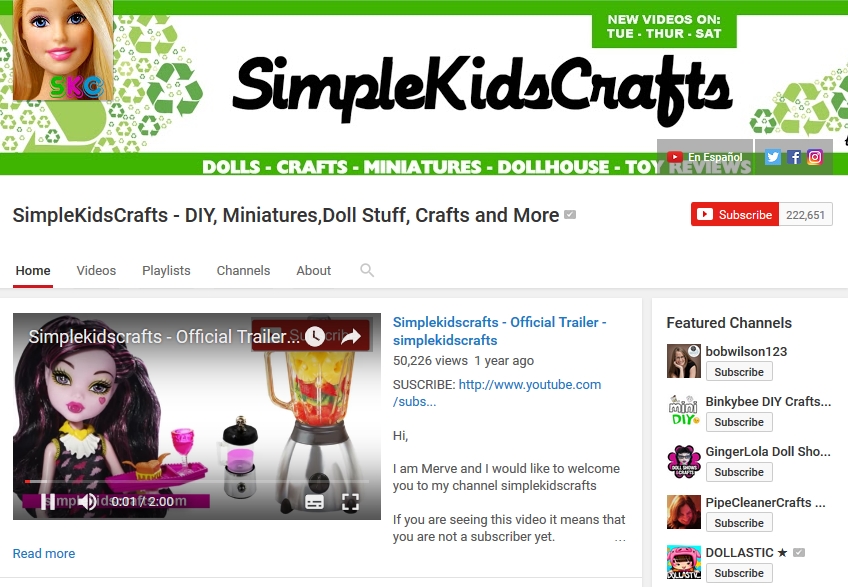 Simple Kids Crafts has over 900 five-minute long videos that encourage children to explore their creative side through engaging art and crafts activities.

Many of the videos by Simple Kids Crafts aim at raising awareness of how recycling helps keep the environment clean, in the minds of their young audience. 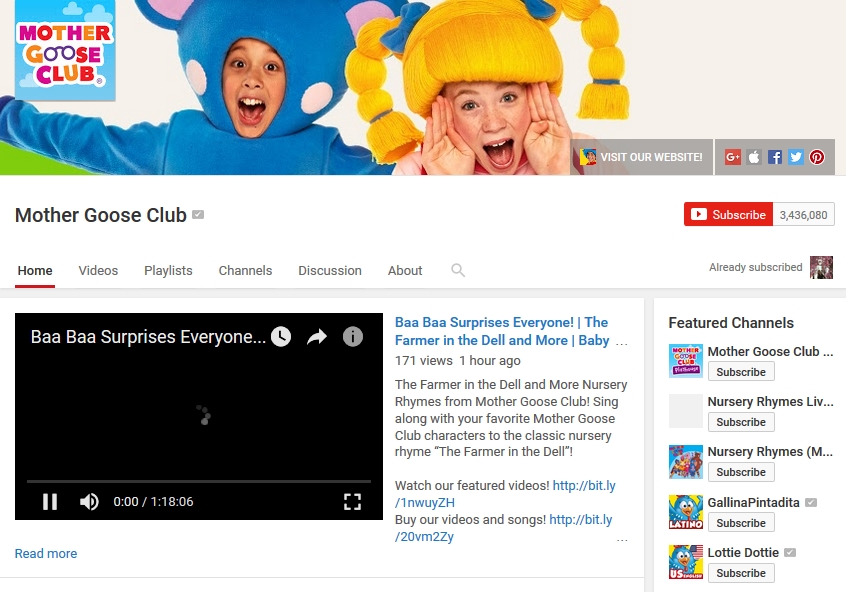 The Mother Goose Club is an educational channel for kids that helps them in getting acquainted with English and basic mathematics through pre-education videos.

These colorful and engaging videos make the use of six characters acting out a procession of simple games, nursery rhymes and songs that have educational value to their young audience. The Mother Goose Club currently has 3 million subscriptions and over 500 videos.